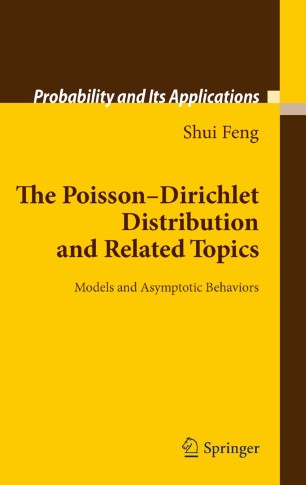 The Poisson-Dirichlet Distribution and Related Topics

The Poisson-Dirichlet distribution is an infinite dimensional probability distribution. It was introduced by Kingman over thirty years ago, and has found applications in a broad range of areas including Bayesian statistics, combinatorics, differential geometry, economics, number theory, physics, and population genetics. This monograph provides a comprehensive study of this distribution and some related topics, with particular emphasis on recent progresses in evolutionary dynamics and asymptotic behaviors. One central scheme is the unification of the Poisson-Dirichlet distribution, the urn structure, the coalescent, the evolutionary dynamics through the grand particle system of Donnelly and Kurtz. It is largely self-contained. The methods and techniques used in it appeal to researchers in a wide variety of subjects.