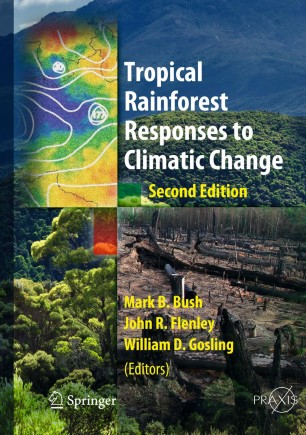 This updated and expanded second edition of a much lauded work provides a current overview of the impacts of climate change on tropical forests. The authors also investigate past, present and future climatic influences on the ecosystems with the highest biodiversity on the planet.

Tropical Rainforest Responses to Climatic Change, Second Edition, looks at how tropical rain forest ecology is altered by climate change, rather than simply seeing how plant communities were altered. Shifting the emphasis on to ecological processes, e.g. how diversity is structured by climate and the subsequent impact on tropical forest ecology, provides the reader with a more comprehensive coverage. A major theme of the book is the interaction between humans, climate and forest ecology. The authors, all foremost experts in their fields, explore the long term occupation of tropical systems, the influence of fire and the future climatic effects of deforestation, together with anthropogenic emissions. Incorporating modelling of past and future systems paves the way for a discussion of conservation from a climatic perspective, rather than the usual plea to stop logging. This second edition provides an updated text in this rapidly evolving field. The existing chapters are revised and updated and two entirely new chapters deal with Central America and the effect of fire on wet forest systems. In the first new chapter, the paleoclimate and ecological record from Central America (Lozano, Correa, Bush) is discussed, while the other deals with the impact of fire on tropical ecosystems. It is hoped that Jonathon Overpeck, who has been centrally involved in the 2007 and 2010 IPCC reports, will provide a Foreword to the book.

“Represents the best available compilation of the various issues pertaining to climate change and its impact on rainforest ecology--a topic of major importance to ecologists and others interested in environmental effects. … Chapters are illustrated with useful graphs, tables, and maps, and include thorough, useful literature-cited sections. This book contains a wealth of information for any student of tropical ecology and should be used in seminar-type courses dealing with climate change and the tropics. … Summing Up: Highly recommended. Upper-division undergraduates and above.” (J. C. Kricher, Choice, Vol. 49 (6), February, 2012)