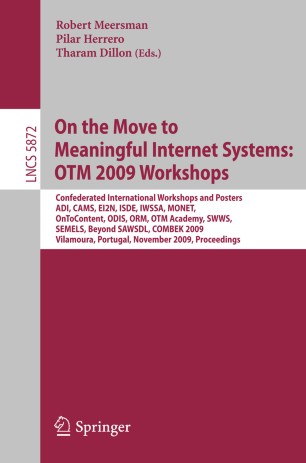 On the Move to Meaningful Internet Systems: OTM 2009 Workshops

This volume constitutes the refereed proceedings of 14 international workshops held as part of OTM 2009 in Vilamoura, Portugal, in November 2009.