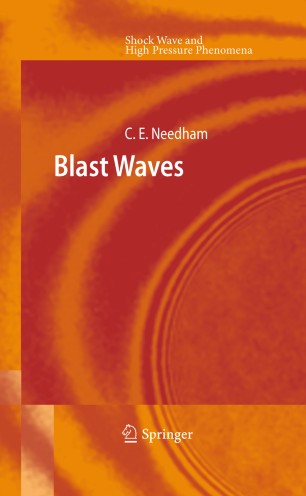 The primary purpose of this text is to document many of the lessons that have been learned during the author’s more than forty years in the field of blast and shock. The writing therefore takes on an historical perspective, in some sense, because it follows the author’s experience. The book deals with blast waves propagating in fluids or materials that can be treated as fluids.

It begins by distinguishing between blast waves and the more general category of shock waves. It then examines several ways of generating blast waves, considering the propagation of blast waves in one, two and three dimensions as well as through the real atmosphere. One section treats the propagation of shocks in layered gases in a more detailed manner.

Intended for those with a basic knowledge of algebra and a solid grasp of the concepts of conservation of mass and energy, the text includes an introduction to blast wave terminology and conservation laws as well as a discussion of units and the importance of consistency.

“This book, written by a distinguished expert on blast waves with more than 40 years of experience in the field, is a welcome addition to the blast wave community. … Important aspects concerning the effects of blast waves on structures are thoroughly presented and illuminated. On the whole I find that the book will serve as an excellent guide and reference to practicing scientists, engineers, and researchers in the field of blast waves. It will be a valuable addition to the library.” (Max Kandula, International Journal of Acoustics and Vibration, Vol. 16 (2), 2011)
Buy options