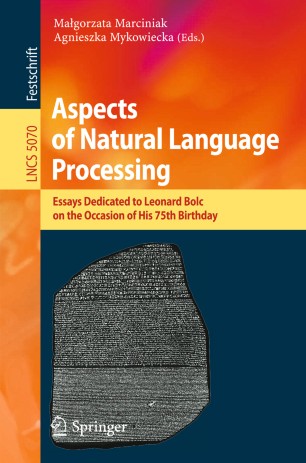 For many years Leonard Bolc has played an important role in the Polish computer science community. He is especially known for his clear vision in the development of artificial intelligence, inspiring research, organizational and editorial achievements in areas such as e.g.: logic, automatic reasoning, natural language processing, and computer applications of natural language or human-like reasoning.

The volume is organized in three parts; the first is devoted to logic - the domain which was one of the most explored by Leonard Bolc himself. The second part contains papers focusing on different aspects of computational linguistics; the third part comprises papers describing different applications in which natural language processing or automatic reasoning plays an important role.