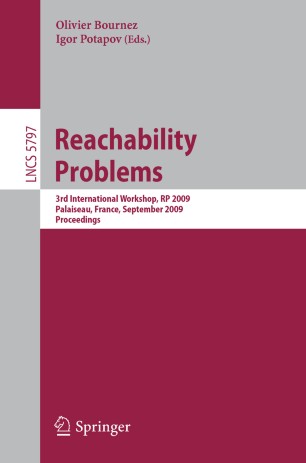 The 20 full papers of this workshop reflect reachability problems that appear in algebraic structures, computational models, hybrid systems and verification. Reachability is a fundamental problem in the context of many models and abstractions which are describing various computational processes.