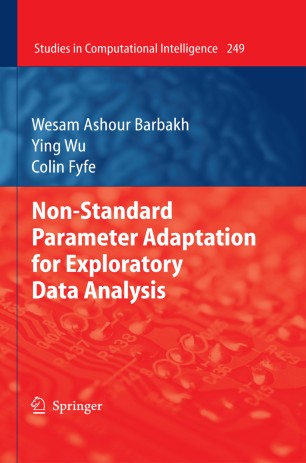 Exploratory data analysis, also known as data mining or knowledge discovery from databases, is typically based on the optimisation of a specific function of a dataset. Such optimisation is often performed with gradient descent or variations thereof. In this book, we first lay the groundwork by reviewing some standard clustering algorithms and projection algorithms before presenting various non-standard criteria for clustering. The family of algorithms developed are shown to perform better than the standard clustering algorithms on a variety of datasets.

We then consider extensions of the basic mappings which maintain some topology of the original data space. Finally we show how reinforcement learning can be used as a clustering mechanism before turning to projection methods.

We show that several varieties of reinforcement learning may also be used to define optimal projections for example for principal component analysis, exploratory projection pursuit and canonical correlation analysis. The new method of cross entropy adaptation is then introduced and used as a means of optimising projections. Finally an artificial immune system is used to create optimal projections and combinations of these three methods are shown to outperform the individual methods of optimisation.