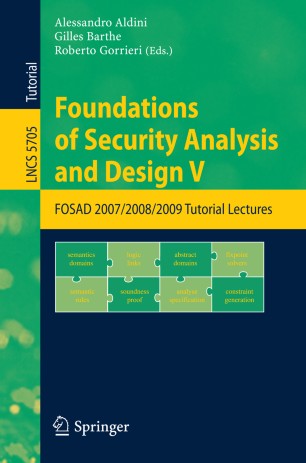 FOSAD: International School on Foundations of Security Analysis and Design

FOSAD has been one of the foremost educational events established with the goal of disseminating knowledge in the critical area of security in computer systems and networks. Offering a good spectrum of current research in foundations of security, FOSAD also proposes panels dedicated to topical open problems, and giving presentations about ongoing work in the field, in order to favour discussions and novel scientific collaborations.