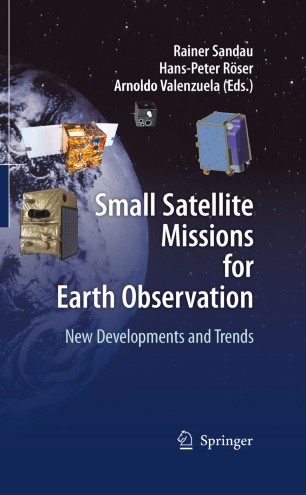 This book was compiled from those contributions given at the 7th IAA Symposium on Small Satellites for Earth Observation, May 4-8, 2009, Berlin (IAA – International Academy of Astronautics) which are representative for the new developments and trends in the area of small satellites for Earth observation. They reflect the potentials of a diversity of missions and related technologies. They may be based on national projects or international co-operations, single satellites of constellations, pico-, nano-, micro- or mini-satellites, developed by companies, research institutions or agencies. The main focus is on new missions to monitor our Earth’s resources (chapter 1), and the environment in which our Earth is embedded (chapter 2). Chapter 3 deals with distributed space systems, the unique feature of small satellites. The university satellites chapter (chapter 4) shows the high quality which is already reached by some of the universities worldwide. Chapter 5 gives insight into new developments in the fields of instruments and technologies. The last two chapters (chapters 6, 7) deal with subjects, necessary to make use of the data coming from the satellite systems: attitude and position.