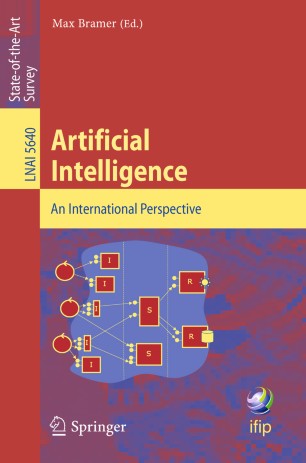 Artificial Intelligence (AI) is a rapidly growing inter-disciplinary field with a long and distinguished history that involves many countries and considerably pre-dates the development of computers. It can be traced back at least as far as Ancient Greece and has evolved over time to become a major subfield of computer science in general.

This state-of-the-art survey not only serves as a "position paper" on the field from the viewpoint of expert members of the IFIP Technical Committee 12, its Working Groups and their colleagues, but also presents overviews of current work in different countries.

The chapters describe important relatively new or emerging areas of work in which the authors are personally involved, including text and hypertext categorization; autonomous systems; affective intelligence; AI in electronic healthcare systems; artifact-mediated society and social intelligence design; multilingual knowledge management; agents, intelligence and tools; intelligent user profiling; and supply chain business intelligence. They provide an interesting international perspective on where this significant field is going at the end of the first decade of the twenty-first century.

“Researchers in artificial intelligence (AI) who want to look at their field from new and stimulating points of view may be attracted to the title of this edited book, which promises to describe AI from ‘an international perspective.’ … Most of the papers are clearly written and accessible to nonexperts … . The well-written position paper on text and hypertext categorization can also be used as introductory material for researchers who want to enter this field. … adequately describes the current progress in the field.” (Corrado Mencar, ACM Computing Reviews, February, 2011)
Buy options