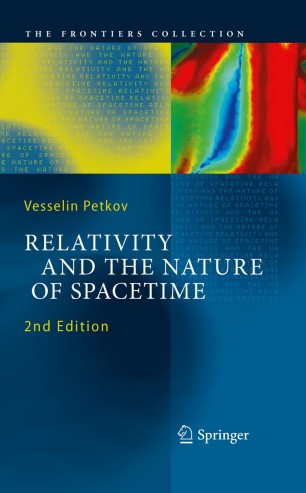 Relativity and the Nature of Spacetime

The most important question that is addressed in this book is "what is the nature (the ontological status) of spacetime?" or, equivalently, "what is the dimensionality of the world at the macroscopic level?" The answer to this question is developed via a thorough analysis of relativistic effects and explicitly asking whether the objects involved in those effects are three-dimensional or four-dimensional. This analysis clearly shows that if the world and the physical objects were three-dimensional, none of the kinematic relativistic effects and the experimental evidence supporting them would be possible. The implications of this result for physics, philosophy, and our entire world view are discussed. This new edition has been significantly expanded with new sections, appendices, notes and references. The arguments of the previous edition are strengthened; new developments in the field are presented and integrated to yield a thoroughly convincing and clear treatment.

“The book under review is mainly devoted to the physical consequences of special relativity and to the unveiling of the very nature of spacetime. … The book is clear and well written and the bibliographic references are very good. It is recommended to physicists and to philosophers of science.” (Francesco Sorge, Mathematical Reviews, Issue 2011 i)
Buy options