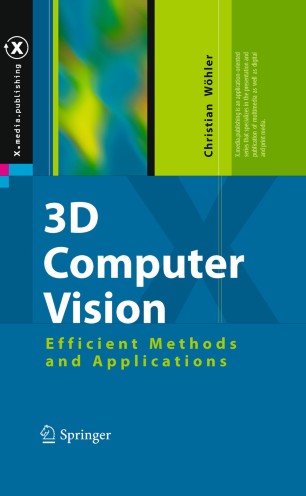 This book provides an introduction to the foundations of three-dimensional computer vision and describes recent contributions to the field. Geometric methods include linear and bundle adjustment based approaches to scene reconstruction and camera calibration, stereo vision, point cloud segmentation, and pose estimation of rigid, articulated, and flexible objects. Photometric techniques evaluate the intensity distribution in the image to infer three-dimensional scene structure, while real-aperture approaches exploit the behavior of the point spread function. It is shown how the integration of several methods increases reconstruction accuracy and robustness. Applications scenarios include industrial quality inspection, metrology, human-robot-interaction, and remote sensing.

Christian Wöhler received his Diploma in Physics from Würzburg University in 1996, the Doctorate degree in Computer Science from Bonn University in 2000, and the Habilitation in Applied Computer Science from Bielefeld University in 2009. He is working as a research scientist in the Environment Perception department of Daimler Group Research and Advanced Engineering in Ulm. Since 2005 he is a visiting lecturer at the Technical Faculty of Bielefeld University. His scientific interests are in the domain of pattern classification, three-dimensional computer vision, and photogrammetry, with applications in the fields of driver assistance systems, industrial machine vision, and planetary science."