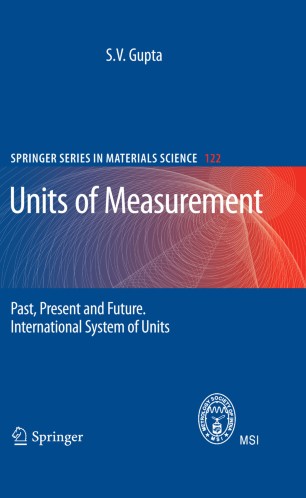 Past, Present and Future. International System of Units

It is for the first time that

The International System of Units including, Metre Convention Treaty and its various organs including International National of Weights and Measure are described. The realisation of base units is given in detail. Classes of derived units within the SI, units permitted for time to come, units outside SI but used in special fields of measurements are described.

Methods to express large numbers are explained in detail. Multiples and sub-multiples prefixes and their proper use are also given. The latest trends to redefine the base Kilogram, Ampere, Kelvin and Mole on existing base units of mass, electric current, temperature and amount of substance, in terms of a single parameter or fundamental constants are briefly described.

“Units and quantities in the field of radiation protection have often been a point of intense debate, mainly because of their complex relationship with the human body-related non-measurable protection quantities and the operational dose quantities. … In total, this comprehensive and detailed book dealing with physical and technical aspects of the subject is very useful not only to students but to all who sometimes need information on the correct use and application of units of physical quantities.” (Günther Dietze, Radiation Protection Dosimetry, Vol. 145 (4), June, 2011)
Buy options