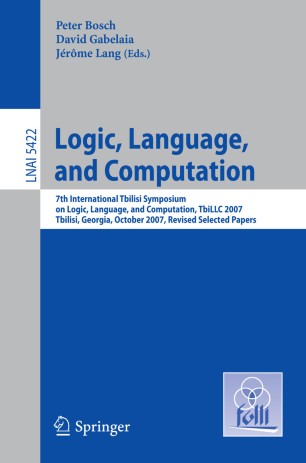 Edited in collaboration with FoLLI, the Association of Logic, Language and Information, this book constitutes the refereed proceedings of the 7th International Tbilisi Symposium on Logic, Language, and Computation, TbiLLC 2007, held in Tbilisi, Georgia, in October 2007.