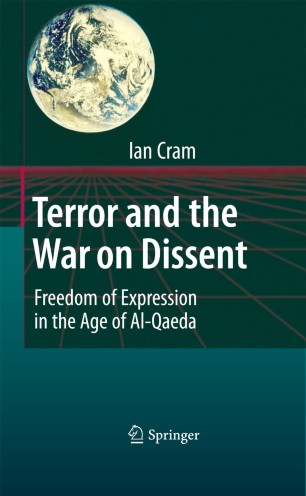 Terror and the War on Dissent

Freedom of Expression in the Age of Al-Qaeda

Located within wider debates about ‘security versus liberty’ in our post 9/11 world, the book analyses the new landscape of UK counter terrorism powers and offences and focuses upon the deleterious consequences of the so-called ‘war on terror’ on freedom of political expression and association. Questioning the compatibility of recent speech-limiting measures with liberalism’s established commitment to free speech and international human rights norms, the book takes a critical look at new powers to proscribe ‘extremist’ political parties, possession offences and other criminal controls (eg. Official Secrets Act prosecutions) as well as new offences such as ‘glorification’ of terrorism. Less visible, extra-legal forms of censorship are also evaluated. The monograph concludes by asking how a more vigorous defence of unorthodox and unpopular forms of expression might be safeguarded in the UK.