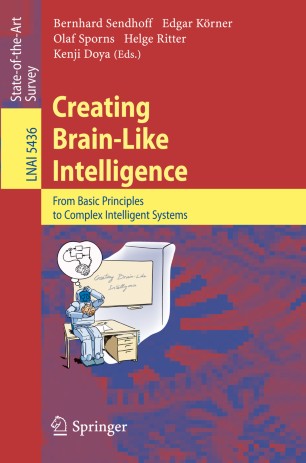 This state-of-the-art-survey documents the scientific outcome of the International Symposium „Creating Brain-Like Intelligence", which took place in Hohenstein, Germany, in February 2007. It presents an introduction to this emerging interdisciplinary field by drawing together 15 articles from researchers across a broad range of disciplines.

Brain-Like intelligence attempts a representation of the environment including the system itself. It has to cope with a continuous influx of an immense amount of mostly unspecific information and cannot be identified with a singular functionality. It is the versatility of brain-like intelligence, its robustness and plasticity which makes it the object of our quest.

After 50 years of artificial intelligence research however, we are still not able to mimic even the lower level sensory capabilities of animals. But we are beginning to move in the right direction by identifying the biggest obstacles and starting to understand the autonomy, flexibility, and robustness of intelligent biological systems. This collection of articles is evidence of this progress and represents the current state of art in several research fields that are embraced by brain-like intelligence.