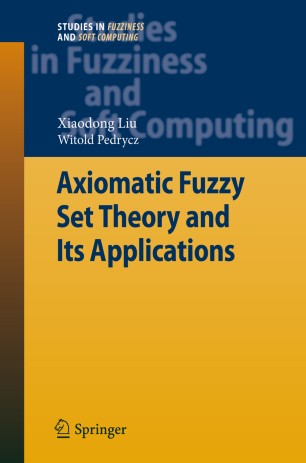 Part of the Studies in Fuzziness and Soft Computing book series (STUDFUZZ, volume 244)

In the age of Machine Intelligence and computerized decision making, we have to deal with subjective imprecision inherently associated with human perception and described in natural language and uncertainty captured in the form of randomness. This treatise develops the fundamentals and methodology of Axiomatic Fuzzy Sets (AFS), in which fuzzy sets and probability are treated in a unified and coherent fashion. It offers an efficient framework that bridges real world problems with abstract constructs of mathematics and human interpretation capabilities cast in the setting of fuzzy sets.

In the self-contained volume, the reader is exposed to the AFS being treated not only as a rigorous mathematical theory but also as a flexible development methodology for the development of intelligent systems.

The way in which the theory is exposed helps reveal and stress linkages between the fundamentals and well-delineated and sound design practices of practical relevance. The algorithms being presented in a detailed manner are carefully illustrated through numeric examples available in the realm of design and analysis of information systems.

The material can be found equally advantageous to the readers involved in the theory and practice of fuzzy sets as well as those interested in mathematics, rough sets, granular computing, formal concept analysis, and the use of probabilistic methods.