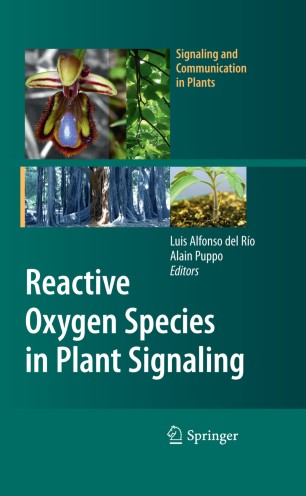 Until recent years the production of reactive oxygen species (ROS) was generally considered to be a harmful process and a generator of oxidative stress. But more recently this concept has been re-evaluated and the term "oxidative signaling" was coined (Foyer and Noctor, 2005). This means that ROS generation is also an important component of the signaling network of plants. Results obtained during the last decade have highlighted that ROS are key regulators of plant metabolism, morphology and development which are also used by plants to respond to environmental challenges. The role of ROS as signals for gene expression has been established, and ROS also modulate the activity of key signaling compounds such as MAP kinases. The volume of research into the roles of ROS in plants is currently growing and the purpose of this book is to present recent advances in this field. The constitutive chapters are arranged around four main topics:

- The generation of ROS and their network signaling, including the retrograde signaling from the chloroplast to the nucleus and the cross-talk with hormone signaling

-The signaling role of ROS produced in some sub-cellular compartments

-The role of ROS in plant growth, development, functioning and stress acclimation

-Their role in biotic and abiotic interactions