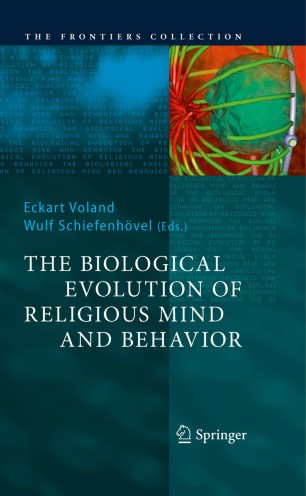 The Biological Evolution of Religious Mind and Behavior

In a Darwinian world, religious behavior - just like other behaviors - is likely to have undergone a process of natural selection in which it was rewarded in the evolutionary currency of reproductive success. This book aims to provide a better understanding of the social scenarios in which selection pressure led to religious practices becoming an evolved human trait, i.e. an adaptive answer to the conditions of living and surviving that prevailed among our prehistoric ancestors. This aim is pursued by a team of expert authors from a range of disciplines. Their contributions examine the relevant physiological, emotional, cognitive and social processes. The resulting understanding of the functional interplay of these processes gives valuable insights into the biological roots and benefits of religion.

Wulf Schiefenhövel is professor for medical psychology and ethnomedicine at the University of Munich and head of the human ethology group at the Max-Planck-Institute in Andechs, Germany. His main research interests are human ethology and evolutionary medicine, within which he focuses on sexuality and reproduction, human birth behavior, early infancy, language and cognitive concepts as well as the genetic and oral history of Melanesian populations

Eckart Voland is professor for philosophy of life sciences at the University of Giessen, Germany. His main research interests are human sociobiology and behavioral ecology. In particular he is interested in the biological evolution of social and reproductive strategies in humans. Moreover, in pursuing the project of naturalizing the human mind and its achievements, he works on the philosophical implications of evolutionary anthropology as reflected in evolutionary ethics and aesthetics.