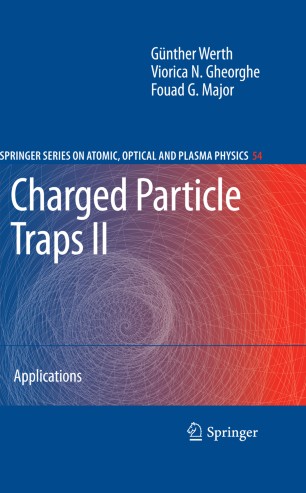 This, the second volume of Charged Particle Traps, is devoted to applications, complementing the first volume’s comprehensive treatment of the theory and practice of charged particle traps, their many variants and refinements. In recent years, applications of far reaching importance have emerged ranging from the ultra-precise mass determinations of elementary particles and their antiparticles and short-lived isotopes, to high-resolution Zeeman spectroscopy on multiply-charged ions, to microwave and optical spectroscopy, some involving "forbidden" transitions from metastable states of such high resolution that optical frequency standards are realized by locking lasers to them. Further the potential application of trapped ions to quantum computing is explored, based on the extraordinary quantum state coherence made possible by the particle isolation. Consideration is given to the Paul and Penning traps as potential quantum information processors.