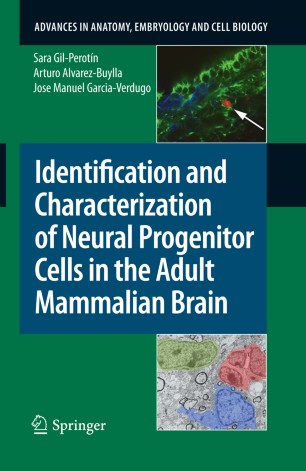 The concept of adult neurogenesis is relatively modern. It has surprised the scientific community and has ruled out the established idea that we are born with a set number of neurons. This discovery has come about progressively throughout the last century. In this work, the authors review some of the methods of research in adult neurogenesis placing emphasis on electron microscopy, a technique in which they are well practiced. Electron microscopy has been essential in the description of the cytoarchitecture of the different cell types populating the subventricular zone (SVZ), an area that underlies the lateral wall of the lateral ventricle, and where new neurons are generated during adulthood. Time-dependent studies have elucidated the temporal profile and lineage progression of SVZ cells from the generation of new cells to the integration into their target tissue, the olfactory bulb. Similarly, adult neurogenesis has been described in the dentate gyrus of the hippocampus, and is being investigated in other regions of the cerebrum and the spinal cord. Neurogenesis was first demonstrated in mice, but has been subsequently observed in other mammals such as rabbits, cows, monkeys, and humans. The meaning of neurogenesis in humans remains unknown, and it is essential to understand it for potential application in the therapy of neurological diseases.