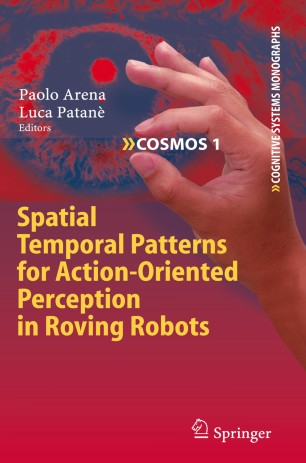 This volume collects the most significant results of the European research Project called "SPARK", whose aim was to develop new cognitive architectures and new sensing-perceiving-moving artefacts, inspired by the basic principles of living systems and based on the concept of "self-organization" in complex systems generating spatial temporal patterns.

The book is organized in three parts. Part I "Principles of insect perception" reports a thorough survey of the state of the art in perception for action.

The central Part II "Cognitive Models" describes new approaches to attain high cognitive capabilities in roving robots, for which detailed Structures are still lacking, even referring to insect brain. Some of the models introduced rely on the insect-inspired parallel sensory-motor pathways, others exploit the emergence Spatial-temporal Patterns (used as perceptual states) arising in non linear Reaction-Diffusion Equations, some others build upon the neural networks modelling Stick Insect locomotion.

The last part of the book Part III "Software/Hardware cognitive architecture and experiments" is related to the implementation of the proposed cognitive models on a software /hardware FPGA-based architecture embedded on wheeled and legged robots. Multimedia material, related to the experiments presented in the book, is available on the SPARK web page: www.spark.diees.unict.it