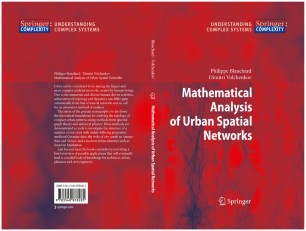 Cities can be considered to be among the largest and most complex artificial networks created by human beings. Due to the numerous and diverse human-driven activities, urban network topology and dynamics can differ quite substantially from that of natural networks and so call for an alternative method of analysis.

The intent of the present monograph is to lay down the theoretical foundations for studying the topology of compact urban patterns, using methods from spectral graph theory and statistical physics. These methods are demonstrated as tools to investigate the structure of a number of real cities with widely differing properties: medieval German cities, the webs of city canals in Amsterdam and Venice, and a modern urban structure such as found in Manhattan.

Last but not least, the book concludes by providing a brief overview of possible applications that will eventually lead to a useful body of knowledge for architects, urban planners and civil engineers.