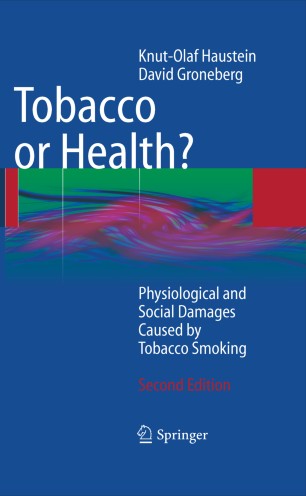 This book comprehensively summarizes the adverse effects of tobacco smoking on human health. The current second edition has integrated a large set of new data that have been published in numerous scientifc studies and meta-analyses over the past few years. Unfortunately, the harmful sequelae of tobacco smoking are played down by the ind- try and politicians in many industrialized countries. However, about 800,000 people/year in the EU die from the immediate consequences of smoking. The particularly insidious feature of tobacco consumption is that smoking-attributable harmful effects on health do not generally become apparent until three or four decades after smoking initiation. Although some positive changes in the legislative handling of tobacco have appeared in the past fve years, we still need to form a pact, sealed by politicians, the medical prof- sionals, teachers and the media, to target the problem across nations. In this respect, a minority of countries, including the US and the UK, have given positive examples. There are four areas that need to be improved in future: (1) strict bans on tobacco adv- tisement on a global level, (2) better measures to protect against side-stream (passive) smoke exposure, (3) establishment of prevention programs, especially for children and (4) tre- ment of tobacco addiction.