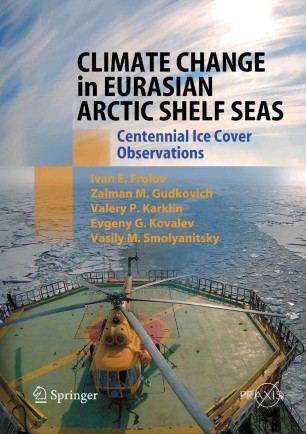 In this book the eminent authors analyse the ice cover variability in the Arctic Seas during the 20th and early 21st centuries. In the first two chapters, they show that multi-year changes of the sea-ice extent in the Arctic Seas were formed by linear trends and long-term (climatic) cycles lasting about 10, 20 and 60 years. The structure of temporal variability of the western region (Greenland – Kara) differs significantly from the eastern region seas (Laptev and Chukchi). In the latter region, unlike the former area, relatively short-period cycles (up to 10 years) predominate. The linear trends can be related to a super-secular cycle of climatic changes over about 200 years. The most significant of these cycles, lasting 60 years, is most pronounced in the western region seas.