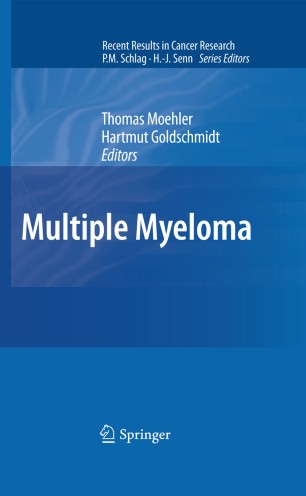 Multiple myeloma is currently still an incurable disease, but during the past decade knowledge of its molecular pathogenesis has increased rapidly. This has led to remarkable progress in both diagnosis and therapy. In particular, the approval of novel and first-in-class drugs such as thalidomide, bortezomib, and lenalidomide means that multiple myeloma now stands at the forefront of advances in oncology drug development. This book, written by internationally acknowledged experts, covers a wide range of topics relating to multiple myeloma, including history, epidemiology, pathophysiology, clinical features, staging, and prognostic systems. The principal focus, however, is on therapy, with detailed information on the various promising treatment options which give hope that this cancer will be transformed into a chronic disease or even become curable. Individualized therapy and the variety of supportive treatment options, as described in this volume, will help in achieving this goal, as well as in reducing adverse events and improving quality of life.