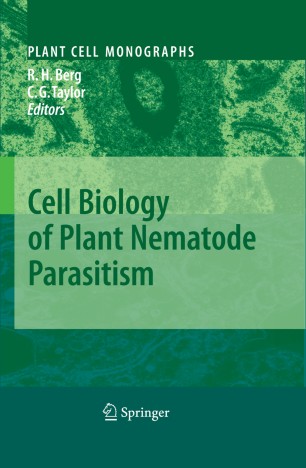 Plant-parasitic nematodes are among the most destructive plant pathogens, causing enormous losses to agronomic crops worldwide. This book provides an up-to-date review of research related to two of the most important nematode pests, root-knot and cyst nematodes. Chapters cover early plant-nematode interactions, identification of nematode proteins important in the establishment of nematode feeding sites, and classification of biochemical and signaling pathways significant in the development of specialized feeding sites in the host. The cellular and subcellular structures essential for parasitic interaction are examined using light and electron microscopy. Modern techniques of gene expression analysis and genomic sequencing promise to provide an even greater wealth of information to researchers, enabling them to develop and examine natural and manmade mechanisms of resistance to this important plant pest.

Christopher G. Taylor studied Biochemistry (B.S., 1989) at Penn State University in State College, Pennsylvania followed by a Ph.D. in Genetics (1995) with an emphasis on gene expression in roots at North Carolina State University. In 1995, he worked as a Postdoctoral Fellow and Senior Scientist in Nematology at Monsanto Co. in St. Louis, Missouri. In 1999, he became a Senior Scientist and Group Leader of Nematology for Akkadix, Inc. in San Diego, California. From 2001 to the present, he has been a Principal Investigator at the Donald Danforth Plant Science Center in St. Louis, Missouri and Adjunct Assistant Professor at the University of Missouri – Columbia and at the University of Missouri – St. Louis. His major research interests include plant cell biology of root biotic interactions, nematology, microbiology, gene expression analysis and functional genomics.