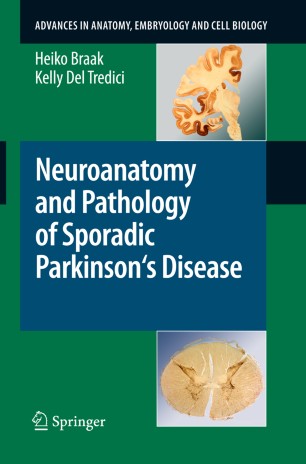 The proteinopathy sporadic Parkinson’s disease (sPD) is the second most frequent degenerative disorder of the human nervous system after Alzheimer’s disease. The a -synuclein inclusion body pathology (Lewy pathology) associated with sPD is distributed throughout the central, peripheral, and enteric nervous systems. The resulting nonrandom neuronal dysfunction and, in some regions, neuronal loss is reflected by a distinctive topographic distribution pattern of the Lewy pathology that, in the brain, has been staged. Except for olfactory structures and spinal cord constituents of the pain system, sensory components of the nervous system remain uninvolved or virtually intact. The most disease-related damage revolves around motor areas – particularly around superordinate centers of the limbic and visceromotor systems as well as portions of the somatomotor system. Vulnerable regions are interconnected anatomically and susceptible nerve cell types are not neurotransmitter-dependent.

Not all clinical symptoms emerging in the course of sPD can be explained by a lack of dopamine in the nigrostriatal system. These include autonomic dysfunction, pain, hyp- or anosmia, excessive daytime sleepiness, REM sleep behavioral disorder, depression, anxiety, cognitive decline, and dementia. Against the background of the normal morphology and anatomy, the authors analyze the pathoanatomy of sPD in the nervous system at various neuropathological stages and summarize the potential functional consequences of the lesions.