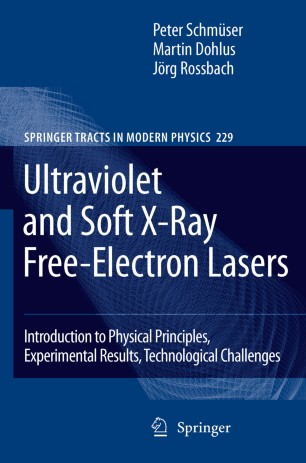 In the introduction accelerator-based light sources are considered and a comparison is made between free-electron lasers and conventional quantum lasers. The motion and radiation of relativistic electrons in undulator magnets is discussed. The principle of a low-gain free-electron laser is explained and the pendulum equations are introduced that characterize the electron dynamics in the field of a light wave. The differential equations of the high-gain FEL are derived from the Maxwell equations of electrodynamics. Analytical and numerical solutions of the FEL equations are presented and important FEL parameters are defined, such as gain length, FEL bandwidth and saturation power. A detailed numerical study of the all-important microbunching process is presented. The mechanism of Self Amplified Spontaneous Emission is described theoretically and illustrated with numerous experimental results. Three-dimensional effects such as betatron oscillations and optical diffraction are addressed and their impact on the FEL performance is analyzed. The world’s first soft X-ray FEL, the user facility FLASH at DESY, is described in some detail in order to give an impression of the complexity of such an accelerator-based light source. Finally, the physical and technological challenges of X-ray FELs are addressed while some of the more involved calculations are put into the appendices, where also supplementary material can be found.

“Many coloured illustrations with detailed comments attracted my attention … . The book … covers both the theoretical description of FEL physics and the experimental methods used to build an FEL and to control the radiation parameters. … very useful for students who are beginning to study FEL physics. It is also valuable for experts, who may look at their research from a different point of view and compare the authors’ way of presenting material with their own way of explaining FEL physics.” (Nikolay Vinokurov, CERN Courier, Vol. 50 (9), November, 2010)
Buy options