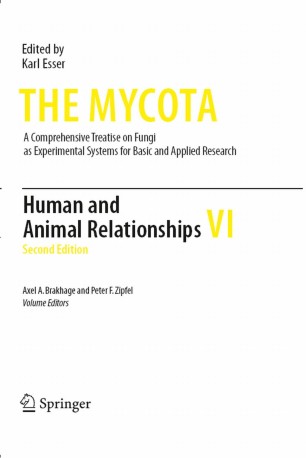 Part of the The Mycota book series (MYCOTA, volume 6)

Pathogenic fungi are widely distributed and can infect many organisms, particularly humans, but also other vertebrates and insects. Due to a growing number of fungal infections, there is an increasing need to understand the interaction of pathogenic fungi with their hosts.

This second completely updated and revised edition of Volume VI of The Mycota consists of state of the art reviews written by experts in the field, covering three major areas of this rapidly developing field. In the first part the current understanding of pathogenic fungi and the physiological reactions relevant for the pathogen - host interaction are elucidated. The second part describes novel technologies for the identification of proteins, virulence factors and mechanisms central to the host - pathogen interaction. The third part deals with the characterization of the host response towards pathogenic fungi and addresses timely clinical aspects.