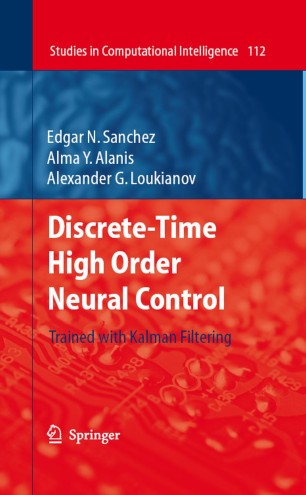 The objective of this work is to present recent advances in the theory of neural control for discrete-time nonlinear systems with multiple inputs and multiple outputs. The results that appear in each chapter include rigorous mathematical analyses, based on the Lyapunov approach, in order to guarantee its properties; in addition, for each chapter, simulation results are included to verify the successful performance of the corresponding proposed schemes. In order to complete the treatment of these schemes, the book includes a chapter presenting experimental results related to their application to an electric three phase induction motor, which show the applicability of such designs. The proposed schemes could be employed for different applications beyond the ones presented in this book.

The book presents solutions for the output trajectory tracking problem of unknown nonlinear systems based on four schemes. For the first one, a direct design method is considered: the well known backstepping method, under the assumption of complete state measurement; the second one considers an indirect method, solved with the block control and the sliding mode techniques, under the same assumption. For the third scheme, the backstepping technique is reconsidering including a neural observer, and finally the block control and the sliding mode techniques are used again too, with a neural observer. All the proposed schemes are developed in discrete-time. For both mentioned control methods as well as for the neural observer, the on-line training of the respective neural networks is performed by Kalman Filtering.