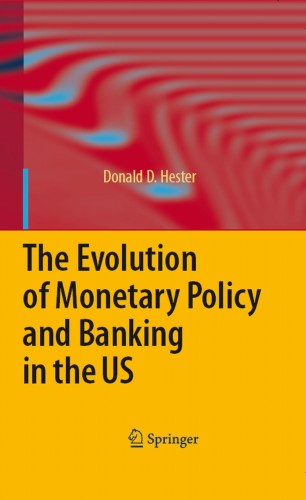 The Evolution of Monetary Policy and Banking in the US

A concise analysis of the evolution of monetary policy and banking institutions over the past sixty years that stresses the dynamic interactions between the Federal Reserve and banking institutions that resulted from financial market innovations. Institutions were influenced by increasing competition in markets and monetary policies. The book consists of two parts, which are organized chronologically. The first has chapters that correspond with terms of chairmen of the Federal Reserve Board. It critically analyzes decisions taken by the Federal Open Market Committee in each period and argues that innovations forced changes in the design and conduct of monetary policy. The second part analyzes how banking institutions evolved from a very conservative and regulated system in 1945 to highly inventive financial firms and how this evolution has affected the distribution of credit, wealth, and income in the US.