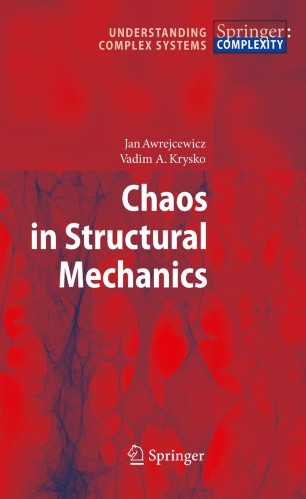 This volume introduces and reviews novel theoretical approaches to modeling strongly nonlinear behaviour of either individual or interacting structural mechanical units such as beams, plates and shells or composite systems thereof.

The approach draws upon the well-established fields of bifurcation theory and chaos and emphasizes the notion of control and stability of objects and systems the evolution of which is governed by nonlinear ordinary and partial differential equations. Computational methods, in particular the Bubnov-Galerkin method, are thus described in detail.

"This monograph is devoted to nonlinear oscillations of homogeneous and composite beams, plates and shells. … The monograph is well written and well organized. Strength of the book is the quantity and variety of example of nonlinear systems. This book is accessible to readers with a fundamental knowledge of ordinary and partial differential equations and linear and nonlinear theory of plates and shells. The book can be highly recommended to experts in mechanics of thin-walled structures." (Igor Andrianov, Zentralblatt MATH, Vol. 1144, 2008)

"The monograph under review is devoted to modeling nonlinear and non-homogeneous structural elements as well as to developing efficient computational algorithms for investigating the strongly nonlinear behavior of either continuous or hybrid continuous/lumped interacting mechanical systems. … The complexity of nonlinear continuous mechanical systems revealed, together with the mathematical and numerical techniques developed for the analysis of such systems, is the main value of this monograph." (Minvydas Ragulskis, Mathematical Reviews, Issue 2009 g)