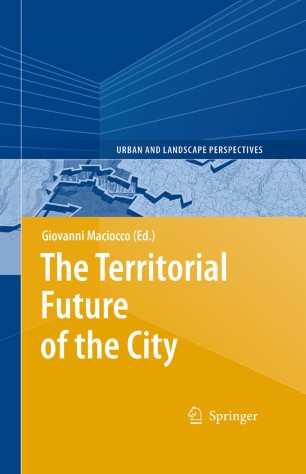 The Territorial Future of the City

To imagine a ''territorial future of the city" is to assert that the territory has urban potential. It points towards the rediscovery of an anchorage to the land: the city is urged by the territory to reflect on the meaning of man's dwelling, to inquire into the primary elements of its construction, to investigate what is essentially urban. For the city of our times has somehow hidden its essence; it has begun to lose its public sphere - becoming a simulacrum of itself, a group of theme-parks, of islands without an archipelago - placing its inhabitants in a ''no-man's-land between past and future''. It seeks its essence on the territory, since it is environmental interdependence that characterizes those relations on which the environmental quality of urban life is founded. And it is precisely the environmental dimension that, by proposing more extensive use of the territory, opens up prospects for a new public sphere through collective awareness-raising of the ''environmental dominants'' that constitute ''an idea that unites places and spatial concepts rich in nature and history'' and are present in the life of the men inhabiting a territory.

Reinsertion of the territory in the context of urban life is explored in this book with contributions by architects, urbanists, sociologists and philosophers. They investigate low-density urban situations, an environmental city perspective that recuperates the historic depth and sense of the territory to relaunch them in current terms; thus we may speak of the "territorial future of the city".

Giovanni MACIOCCO obtained a degree in Engineering at the University of Pisa and in Architecture at the University of Florence. He is Full Professor of Town and Regional Planning, Director of the Department of Architecture and Planning and Dean of the Faculty of Architecture at the University of Sassari. He is Director of the International Laboratory on "the Environmental Project". His main field of research is urban and territorial space planning. Several of his architectural and urban space projects have been published in specialist books, international journals and publications. Among his recent works, the following deserve a mention: La pianificazione ambientale del paesaggio, (FrancoAngeli, 1991); La città, la mente, il piano, (FrancoAngeli, 1994); La città in ombra, (FrancoAngeli, 1996); La città possible, with S. Tagliagambe (Dedalo, 1997); Les lieux de l'eau et de la terre, (Lybra Immagine, 1998); Wastelands (Dedalo, 2000); Territorio e progetto. Prospettive di ricerca orientate in senso ambientale, with P. Pittaluga (FrancoAngeli, 2003); Il progetto ambientale nelle aree di bordo, with P. Pittaluga (FrancoAngeli, 2006); Fundamental Trends in City Development (Springer, 2008), Urban Landscape Perspectives (Springer 2008).