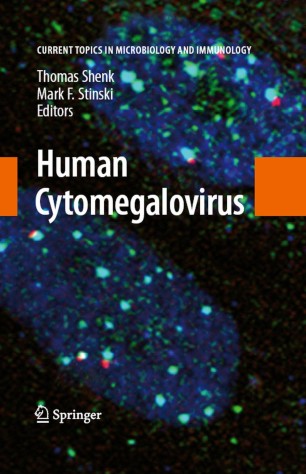 The earliest observation of cytomegalovirus (CMV) interactions with the host cell was owl eye cytopathology in various tissues. It was recognized in the early 1970s that human CMV caused in utero infections resulting in congenital brain damage and other sensory neurological complications. Events of the 1980s and early 1990s, such as the wide application of solid organ and bone marrow transplantation and the emergence of AIDS, put the spotlight on human CMV. We understood that the virus was an opportunistic agent associated with immunosuppression. The golden age of cytomegalovirus research was ushered in during the late 1970s and early 1980s by a set of powerful new technologies that included restriction enzymes, DNA cloning, DNA sequencing, and open reading frame prediction. The genetic manipulation and propagation of novel CMV strains was accelerated with the app- cation of bacterial artificial chromosome technology. Today, we still struggle to understand the full spectrum of disease associated with human CMV. To the molecular biologist, CMV is a master of regulation in the eukaryotic cell where it either replicates or remains latent. To the immunologist, CMV is a master of immune evasion with tools to escape both the innate and acquired immune responses. The use of animal models with non-human CMVs has become significantly more sophisticated and tied to a more certain understanding of the interrelationships of non-human and human CMV genes.