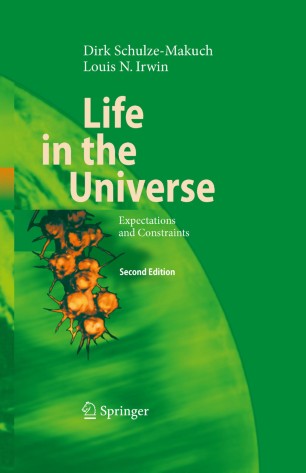 Part of the Advances in Astrobiology and Biogeophysics book series (ASTROBIO)

Energy, chemistry, solvents, and habitats -- the basic elements of living systems - define the opportunities and limitations for life on other worlds. This class-tested text examines each of these parameters in crucial depth and makes the argument that life forms we would recognize may be more common in our solar system than many assume. It also considers, however, exotic forms of life that would not have to rely on carbon as basic chemical element, solar energy as a main energy source, or water as primary solvent. Finally the question of detecting bio- and geosignature of such life forms is discussed, ranging from Earth environments to deep space. While speculative considerations in this emerging field of science cannot be avoided, the authors have tried to present their study with the breadth and seriousness that a scientific approach to this issue requires. They seek an operational definition of life and investigate the realm of possibilities that nature offers to realize this very special state of matter and avoid scientific jargon wherever possible to make this intrinsically interdisciplinary subject understandable to a broad range of readers.

The second edition thoroughly updates this text in view of the rapid progress in the field and a substantial amount of new material has been added, in particular sections and chapters on adaptation to extreme environments, the future and fate of living systems, life detection concepts based on the thorough analysis of the Viking missions and the issue around the meteorite ALH 84001, and - last but not least - recommendations for the optimization of future space exploration missions.

"[...] I know of no other book that reassesses the fundamentals of astrobiology in such way. This book is a tacit lesson in open-mindedness tempered with thorough scientific analysis. This is a very important book for all professional astrobiologists." A Ellery, International Journal of Astrobiology, 6 (2007) 182-183