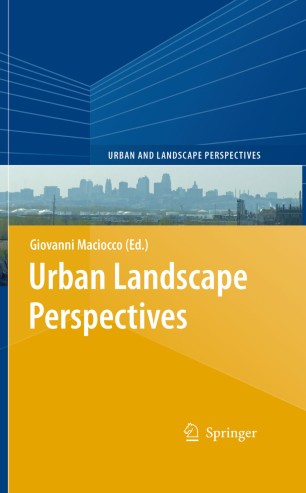 Part of the Urban and Landscape Perspectives book series (URBANLAND)

Urban Landscape Perspectives explores how landscape terminology can be usefully brought into the urban debate. Articles in this book include theoretical reflections on the landscape as an eminently project-like figure. It argues for attention to be drawn to the landscape as the origin of the sense of man’s home and of the reasons for the city, as well as to the search for the primary elements of city construction, of its public sphere. This role can only be developed with project-oriented intentions reconstructing the bond between city and landscape. We therefore associate the project of the landscape with theproject of the city.

The title of this book comes to our aid in that it enables us to limit the field of possible definitions to the sphere of relations existing between the landscape project and the city project. When we state the two terms city and landscape separately, we are implicitly acknowledging a detachment between two entities that tradition has considered inseparable.

Other theoretical reflections, applications and best practices explore the involvement of the territory in the organisation of both urban life and landscape; how changes within the city have opened up traditional concepts of centrality towards new forms of centrality, as well as towards more environmental interpretations of centrality. The articles in this volume are by scholars with backgrounds in philosophy, architecture, urban and landscape planning, who have a particular interest in and experience of the city project at various operative scales.

Giovanni MACIOCCO obtained a degree in Engineering at the University of Pisa and in Architecture at the University of Florence. He is Full Professor of Town and Regional Planning, Director of the Department of Architecture and Planning and Dean of the Faculty of Architecture at the University of Sassari. He is Director of the International Laboratory on "the Environmental Project". His main field of research is urban and territorial space planning. Several of his architectural and urban space projects have been published in specialist books, international journals and publications. Among his recent works, the following deserve a mention: La pianificazione ambientale del paesaggio, (FrancoAngeli, 1991); La città, la mente, il piano, (FrancoAngeli, 1994); La città in ombra, (FrancoAngeli, 1996); Les lieux de l’eau et de la terre, (Lybra Immagine, 1998); Wastelands (Dedalo, 2000); Territorio e progetto. Prospettive di ricerca orientate in senso ambientale, with P. Pittaluga (FrancoAngeli, 2003); Il progetto ambientale nelle aree di bordo, with P. Pittaluga (FrancoAngeli, 2006); Fundamental Trends in City Development (Springer, 2008).