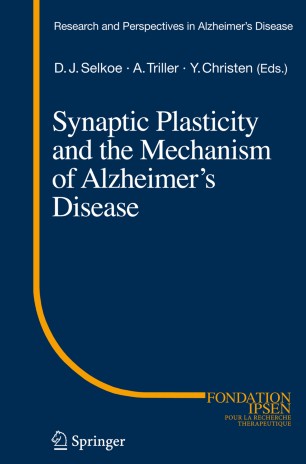 Synaptic Plasticity and the Mechanism of Alzheimer's Disease

During most of the 20th century, neurodegenerative diseases remained among the most enigmatic disorders of medicine. The scientific study of these conditions was descriptive in nature, detailing the clinical and neuropathological phenotypes associated with various diseases, but etiologies and pathogenic mechanisms remained obscure. Beginning in the 1970s, advances in two principal areas – biochemical pathology and molecular genetics – combined to yield powerful clues to the molecular underpinnings of several previously "idiopathic" brain disorders. Among the classical neurodegenerative diseases, perhaps the most rapid progress occurred in research on Alzheimer’s disease (AD). In disorders like Huntington’s disease, amyotrophic lateral sclerosis and even Parkinson’s disease, unbiased genetic screens, linkage analysis and positional cloning have identified causative genes that subsequently allowed the formulation of specific biochemical hypotheses. In sharp contrast, modern research on AD developed in the opposite order: the identification of the protein subunits of the classical brain lesions guided geneticists to disease-inducing genes, for example, APP, apolipoprotein E and tau. Thus, a biochemical hypothesis of disease - that AD is a progressive cerebral amyloidosis caused by the aggregation of the amyloid b-protein (Ab) - preceded and enabled the discovery of etiologies.