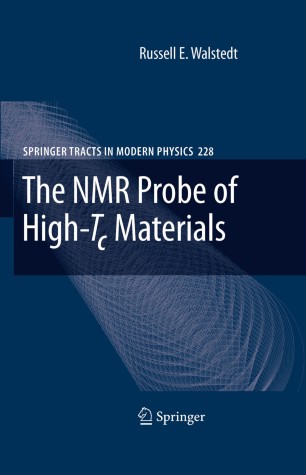 The NMR Probe of High-Tc Materials

The NMR probe has yielded a vast array of data for the high-Tc materials, corresponding to different compounds, ionic sites, and nuclear species, as well as to a wide variety of experimental conditions. Over the twenty years, since the discovery of superconducting cuprates, ongoing analysis and discussion of cuprate NMR data have resulted in a wealth of important insights into the physics of these exotic systems. The aims of this monograph are threefold. First, it reviews NMR methodology as it has been applied to the cuprate studies. This is addressed to NMR practitioners and to physics laypersons alike. Next, it presents a review of cuprate NMR measurements and the wide variety of phenomena which they represent. The third phase is to recount the theoretical model calculations and other proposals which have been put forward to account for these data. Parts two and three are presented in parallel, as there are many aspects to both topics, each with its own interesting history. There is, even twenty years on, a substantial level of current theoretical development underway on the topic of high-Tc. Thus, there are theoretical controversies to be addressed, notably that between the one and two-component pictures of NMR dynamics, which may not be resolved for some time to come. Further, even though one would have to say that the experimental picture is largely settled for high-Tc NMR studies, theoretical controversies may legitimately call for new, improved or more extensive data. There are also apparent conflicts between NMR and neutron scattering results. These must be addressed and rationalized very carefully. What remains in the end, then, is a snapshot of an ongoing enterprise, which is undoubtedly the grandest program ever undertaken under the rubric of condensed matter NMR studies.