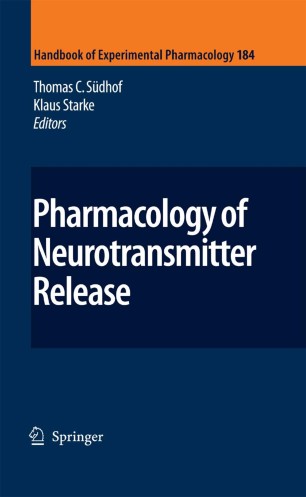 It has been known for half a century that neurotransmitters are released in preformed quanta, that the quanta represent transmitter-storing vesicles, and that release occurs by exocytosis. The focus of this book is twofold. In the first part, the molecular events of exocytosis are analysed. This includes a discussion of presynaptic calcium channels, the core proteins of the secretory machinery, and the actions of clostridial toxins and a -latrotoxin, famous for their potency as well as their crucial role in the elucidation of the steps of exocytosis. In the book’s second part, the presynaptic receptors for endogenous chemical signals are presented that make neurotransmitter release a highly regulated process. These include ligand-gated ion channels and presynaptic G-protein-coupled receptors. The targets of presynaptic receptors within the exocytosis cascade, and their therapeutic potential, are subjects addressed in the majority of chapters.