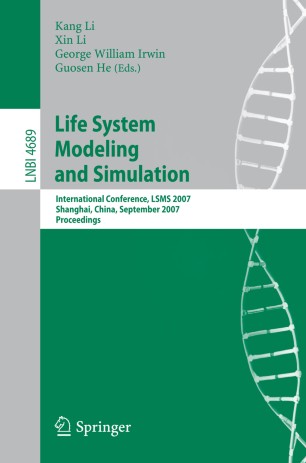 The International Conference on Life System Modeling and Simulation (LSMS) was formed to bring together international researchers and practitioners in the field of life system modeling and simulation as well as life system-inspired theory and methodology. The concept of a life system is quite broad. It covers both micro and macro c- ponents ranging from cells, tissues and organs across to organisms and ecologic niches. These interact and evolve to produce an overall complex system whose beh- ior is difficult to comprehend and predict. The arrival of the 21st century has been marked by a resurgence of research interest both in arriving at a systems-level und- standing of biology and in applying such knowledge in complex real-world appli- tions. Consequently, computational methods and intelligence in systems, biology, as well as bio-inspired computational intelligence, have emerged as key drivers for new computational methods. For this reason papers dealing with theory, techniques and real-world applications relating to these two themes were especially solicited. Building on the success of a previous workshop in 2004, the 2007 International Conference on Life System Modeling and Simulation (LSMS 2007) was held in Shanghai, China, September 14–17, 2007. The conference was jointly organized by The Shanghai University, Queen's University Belfast together with The Life System Modeling and Simulation Special Interest Committee of the Chinese Association for System Simulation.