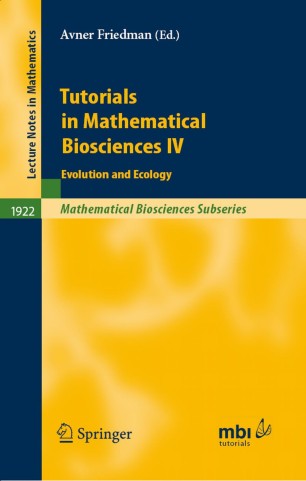 The book offers an easy introduction to fast growing research areas in evolution of species, population genetics, ecological models, and population dynamics. The first two chapters review the concept and methodologies of phylogenetic trees; computational schemes and illustrations are given, including applications such as tracing the origin of SARS and influenza. The third chapter introduces the reader to ecological models, including predator-prey models. This chapter includes and introduction to reaction-diffusion equations, which are used to analyze the ecological models. The next chapter reviews a broad range of ongoing research in population dynamics, including evolution of dispersal models; it also features interesting mathematical theorems and lists open problems. The final chapter deals with gene frequencies under the action of migration and selection. The book is addressed to readers at the level of grad students and researchers. A background in PDEs is provided.