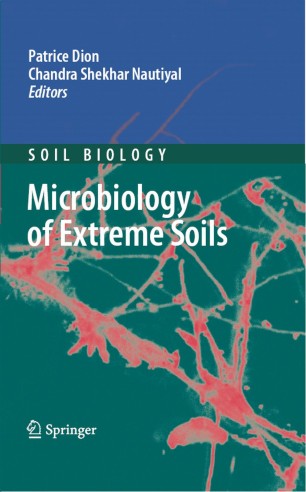 My auxiliaries are the dews and rains which water this dry soil, and what fertility is in the soil itself, which for the most part is lean and effete. – Henry David Thoreau, Walden Pond The concerns that Thoreau had about his beans were nothing to those that would face a similarly conscientious gardener in the Atacama Desert or on the planet Mars, where dews are rare, or frozen, and rains are extremely rare – or absent al- gether. Yet we live in a time when an appreciation of the differences and simila- ties among soils (or regolith: no organics detected on Mars, as yet!) can provide a perspective on life at its most fundamental level: that of microbiology. Microbes are the Earth’s finest chemists, and most prodigious chemical engineers. Beyond pure chemistry, they know tricks with electrons that would make any Silicon Valley chip designer blush with pride. And yet their size and association with human food (good) and diseases (bad) has for more than a century obscured their essential place in making the Earth a habitable planet for humans. One of the most interesting facets of this book is that we are shown those chemists at work in one of their most important habitats. Soils comprise both a pervasive environment on our planet and one of the most important (even most fruitful!) of habitats with respect to human survival.