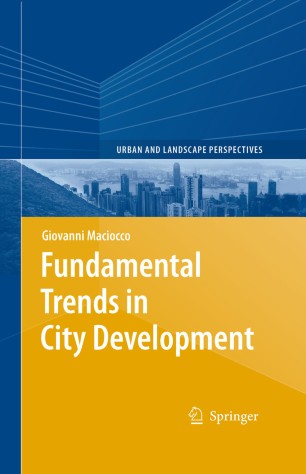 Part of the Urban and Landscape Perspectives book series (URBANLAND)

What do phenomena like sprawl, "generic city" or urban segregation have in common with the concept of city? The question is not particularly easy. It is nevertheless the inquiry this book is based on, mainly because of the bewilderment we feel when faced with these phenomena that are spread throughout the urban world and constitute a tall order for our concepts of city. Expressions like "discomposed city", "generic city" and "segregated city" refer to entities that share the loss of the city as a space of communication and social interaction and as the space of the public sphere.

In order to explore what we call the city adrift, certain positions of scholars of the city are analysed, using the utopia as an analytical category and referring to three kinds – the conservative utopia, liquidatory utopia and resistant utopia – which can perhaps significantly distinguish the different positions on current spatial trends of the city and, more generally, the phenomena emerging in the urban world.

This book inquires into how the city can be re-established as the space of dialogue and communication, how the spatial conditions of the public sphere can be created and the city retrieved. And what the features might be of a city retrieved and restored to its citizens.

The author adopts the concept of externity as an innovative element for the project for the city, a constituent feature of all those situations traditionally considered non-functional, therefore external, to our contemporary post-cities, which are consigned to us adrift through decomposition, genericity and segregation. We thus need to try to get the city to conserve and show its past even when not visible, and to continue nurturing the imagination of its inhabitants by urban action consisting perhaps of subtly improving their approach to the "void", the "small", to the past, the territory, in general, to all those spatial concepts which are in a sense external to our cultural worlds today, but which represent the most fertile material for the project for the city.

He is the editor of the book series "Metodi del territorio", published by Franco Angeli, Milan, Director of the book series "Urban and Landscape Perspectives", edited by Springer Verlag, Berlin, Heidelberg, New York and a member of the editorial board of international magazines such as Plurimondi, Pluriverso and Territorio. His main field of research is urban and territorial space planning. Several of his architectural and urban space projects have been published in specialist books, international journals or columns.