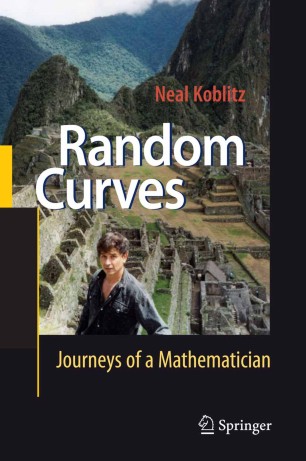 Journeys of a Mathematician

These autobiographical memoirs of Neal Koblitz, coinventor of one of the two most popular forms of encryption and digital signature, cover many topics besides his own personal career in mathematics and cryptography - travels to the Soviet Union, Latin America, Vietnam and elsewhere, political activism, and academic controversies relating to math education, the C. P. Snow two-culture problem, and mistreatment of women in academia.

The stories speak for themselves and reflect the experiences of a student and later a scientist caught up in the tumultuous events of his generation.

Neal Koblitz is a Professor of Mathematics at the University of Washington in the Department of Mathematics. He is also an adjunct professor with the Centre for Applied Cryptographic Research at the University of Waterloo. He is the creator of hyperelliptic curve cryptography and the independent co-creator of elliptic curve cryptography. Professor Koblitz received his undergraduate degree from Harvard University, where he was a Putnam Fellow, in 1969. He received his Ph.D. from Princeton University in 1974 under the direction of Nickolas Katz.

“This is Neal Koblitz’s autobiography. … Neal Koblitz has lead an interesting life and he is an excellent writer. … He has traveled a lot and has many opinions, mostly on academia, politics, and academic politics … . There is a lot more and much of it is interesting. The book is very readable and has interesting things to say about academia, politics, and academic politics. … I find this quite admirable.” (William Gasarch, SIGACT News, Vol. 41 (3), September, 2010)

“Random Curves delivers a long and fascinating array of very sharp, personal and uncompromising comments on the great political events of the second half of the 20th century … . Koblitz has made for this book … carefully describing the math environment instead of the mathematics itself. … Any mathematician or historian … will find Random Curves absorbing. … The book might also be attractive to young readers … .” (Bernhelm Booss-Bavnbek, The Mathematical Intelligence, Vol. 31 (4), 2009)

“Random Curves: Journeys of a Mathematician has recently been published by Springer Verlag. … focuses on Koblitz’s life and his many journeys. … serve as a travelogue as well as an autobiography, and give a different perspective on some of the countries than one might find elsewhere. … Random Curves is a fun read and an interesting insight into the mind of a prolific and active mathematician.” (Darren Glass, MathDL, March, 2008)