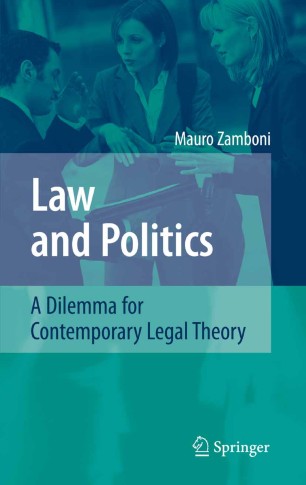 A Dilemma for Contemporary Legal Theory

Politics and the political discourse occupy a central position in the modern legal theoretical discussion. The goal of this book is to reconstruct and to classify, according to ideal-typical models, the different positions taken by the major contemporary legal theories as to whether and how law relates to politics. In particular, attention is focused on Kelsen, Hart, Finnis, Critical Legal Studies, Law and Economics and legal realisms. Though reaching different conclusions, these major legal theories have some common points of departure as to the "law and politics" issue: law and politics tend to keep the features of being two different phenomena as well as of presenting regions of interaction, although with differences as to extent and intensity. Finally, a possible explanation is presented as to why such different legal theories, though often reaching diametric results, somehow must still begin from these common basic points. The explanation for this is found in the specific character of law in the modern state, and the welfare state in particular.