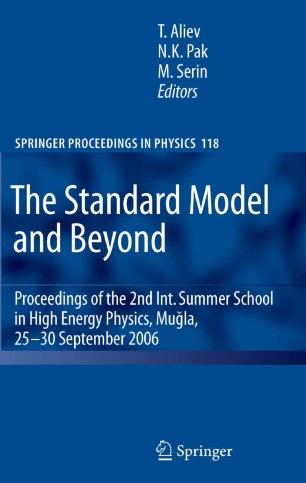 The Standard Model and Beyond

This volume collects the edited tutorial lectures given at The Second International Summer School in High Energy Physics in Mgla, Turkey, in September 2006 - an annual event with international participation and a special focus on work done in the regions of central Asia.

With emphasis on the standard model and beyond, lectures were devoted to presenting an introduction and update to many of the relevant topics, such as chiral perturbation theory, the Higgs mechanism, heavy flavour and b physics, CP violation, the AdS/CFT correspondence, ideas on grand unification and neutrino physics and astrophysics