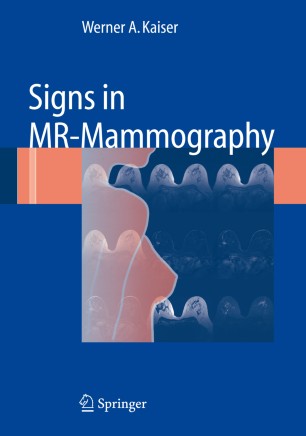 Magnetic resonance mammography (MRM) is opening new avenues in the diagnosis of breast cancer. It has been known for over 20 years that MRM can accurately detect breast cancers larger than 3 millimeters. The problem in recent years has been an international debate concerning methods, techniques, and the interpretation of the myriad images. For years, the phrase: high sensitivity but low specificity,  has been used like a mantra to characterize MRM. But results in recent decades suggest that we can greatly increase this limited specificity by extracting and analyzing all of the morphologic and kinetic signs contained in the 1000-plus images from an MRM examination. In this book we will explore the current known signs in MRM and illustrate them with examples so that, in the future, this information can be applied in the practical interpretation of MR mammograms.

Breast cancer is the most common cancer in women and the leading cause of death in women under age 50. It is hoped that when MRM is interpreted as described in this book, it can help to alleviate this major health problem by allowing breast cancers to be detected and treated at a earlier, curable stage.