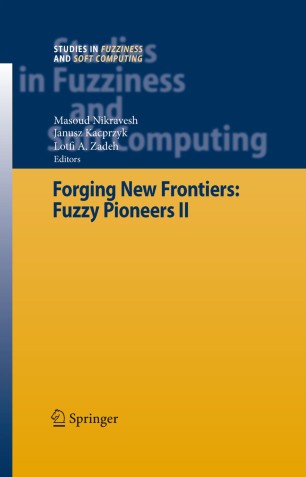 Part of the Studies in Fuzziness and Soft Computing book series (STUDFUZZ, volume 218)

The 2005 BISC International Special Event-BISCSE’05 " FORGING THE FRONTIERS" was held in the University of California, Berkeley, “WHERE FUZZY LOGIC BEGAN, from November 3 – 6, 2005. The successful applications of fuzzy logic and it’s rapid growth suggest that the impact of fuzzy logic will be felt increasingly in coming years. Fuzzy logic is likely to play an especially important role in science and engineering, but eventually its influence may extend much farther. In many ways, fuzzy logic represents a significant paradigm shift in the aims of computing - a shift which reflects the fact that the human mind, unlike present day computers, possesses a remarkable ability to store and process information which is pervasively imprecise, uncertain and lacking in categoricity.

The chapters of the book are evolved from presentations made by selected participants at the meeting and organized in two books. The papers include reports from the different front of soft computing in various industries and address the problems of different fields of research in fuzzy logic, fuzzy set and soft computing. The book provides a collection of forty four (44) articles in two volumes.