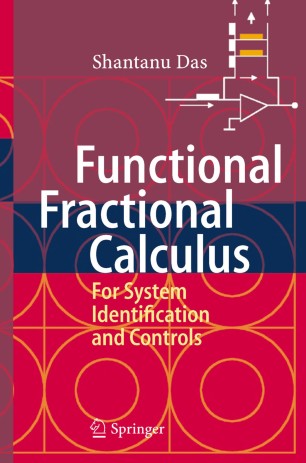 When a new extraordinary and outstanding theory is stated, it has to face criticism and skepticism, because it is beyond the usual concept. The fractional calculus though not new, was not discussed or developed for a long time, particularly for lack of its applications to real life problems. It is extraordinary because it does not deal with ‘ordinary’ differential calculus. It is outstanding because it can now be applied to situations where existing theories fail to give satisfactory results. In this book not only mathematical abstractions are discussed in a lucid manner, but also several practical applications are given particularly for system identification, description and then efficient controls.

Historically, Sir Issac Newton and Gottfried Wihelm Leibniz independently discovered calculus in the middle of the 17th century. In recognition to this remarkable discovery, J. Von. Neumann remarked, "…the calculus was the first achievement of modern mathematics and it is difficult to overestimate its importance. I think it defines more equivocally than anything else the inception of modern mathematical analysis which is logical development, still constitute the greatest technical advance in exact thinking."

The XXI century will thus have ‘exact thinking’ for advancement in technology by growing application of fractional calculus, and this century will speak the language which nature understand the best.

"The book under review, entitled ‘Functional fractional calculus for system identification and controls’, which is organized into ten chapters, appears to be fairly inspiring for those who are engaged in varied applications of the fractional calculus. The chapters comprising the book are, according to the author’s intention, made as application oriented from various science and engineering fields." (P. K. Banerji, Zentralblatt MATH, Vol. 1154, 2009)